The Blog of Richard Nightingale 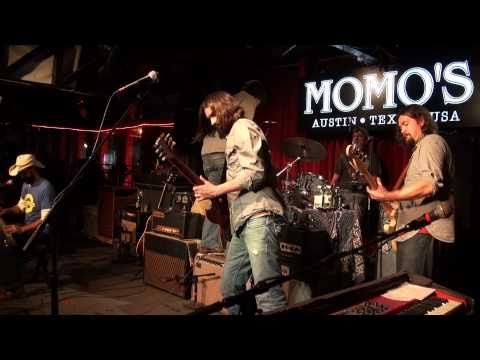 A 2006 release by Fat Caddy records, 'Live from Momo's' from the Band of Heathens is pure joy. Sadly, Momo's closed for good in 2012 due to structural issues with the second floor venue on 6th street in Austin, TX. Good news is that the band continues touring, both here in the US and overseas.

It was 2006 when I first saw the Band of Heathens in concert. At Momo's, the iconic concert venue on West 6th and Rio Grande in Austin, TX. It was more of a bar with aspirations of becoming a concert venue at the time. Tables and chairs packed in around a central bar, with an elevated stage in one corner. I was surprised by how good the acoustics were, and they played three sets of songs from the album that they had recorded 'Live at Momo's' a few months earlier.

I'm no music critic, but their sound was refreshing and a mix of folk and country lyrics underpinned by guitar riffs. They have tweaked their lineup over the years and released several other albums, but this first album clearly stands out.

Gordy Quist, Colin Brooks, and Ed Jurdi were all playing separate sets at Momo's on a Wednesday night and decided to combine their talents as the 'Band Of Heathens'. As Ed Jurdi said at the time, " This is a pretty high stakes industry, but by focusing on writing good songs and giving good performances, everything will take care of itself.

Nearly fifteen years later, and with a loyal audience, after each live performance, they make that particular set of songs available on a  USB drive, and you can also go to live.bandofheathens.com, where audio recording s are available either by subscription or a la carte download.

They have appeared on the PBS show, 'Austin City Limits,' and remain true to the definition of 'Indie' by building the band's business from the ground up and keeping everything in-house, from their own record label to merchandise. Also, check out their 2013 album, 'Sunday Morning Record,' which was described by the Bakersfield Californian Review as " A love letter to the past and, at the same time, a postcard to the future."

I've seen the band four times now, Momo's, at the University of Texas, Gruene Hall (New Braunfels), and believe it or not, in London, England.

If I were asked to pick my favorite song, it would be from that first album, and the song is 'Judas Scariot Blues.'

Although their lineup has changed over the years, they are, a 'must see' band. Masters of the guitar, and haunting vocals. Still tour on a regular basis ... www.gypsykings.com

From Arles and Montpellier in France ...

They were the original wedding singers, living like gypsies during the 1970s, seeking fame and traveling around the south of France, playing weddings, festivals, and the streets. Born in France but heavily influenced and brought up in Catalan-Spanish culture. Nicolas and Andres Reyes were the sons of flamenco artist Jose Reyes and teamed up with their cousins Jacques, Maurice, and Tonino Baliardo. Because of their lifestyle (gypsies) and the meaning of their last name in Reyes (kings), they dubbed themselves, The Gypsy Kings. Over the years, they have shared the sound of progressive pop-oriented flamenco to audiences worldwide. Some call their sound Spanish or Gypsy Rumba. I first saw them in 1998 at the Men's World Cup in France. Specifically, inside one of the great halls at Versailles. Nike was hosting a dinner for their retail partners, and shortly after dessert had been served, this bunch of casually dressed guys wandered on to the stage and started strumming guitars. Some were left-handed, some were right-handed. We knew there was music following the dinner, and I paid them no attention, thought they were session musicians going to do a few covers while everyone drank some more. Then someone turned to me and said in broken English, "You like? Like them? Like the Gypsy Kings?" "Who?" I responded. Then they started playing 'Bamboleo,' and the place erupted. Songs like 'Djobi, Djoba, Volare, Baila Me, Un Amor, and Bem Bem Maria followed. Incredible sound, such energy, and hearing so many guitars played so skillfully in harmony were mesmerizing - haunting vocals. Since then, I've seen the band four times, at more intimate venues, but just as impressive over the years, even as they have aged and shuffled their lineup. A unique and distinctive sound that triggers adrenaline and a constant smile. I never understood a word of what they sing; all I know is that I'm a much happier and inspired person after going to a Gypsy Kings concert. 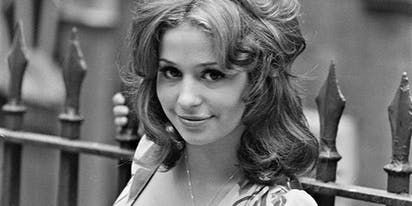 Born Tina Hoskins in Whitechapel, London ... Tina Charles achieved success as a disco artist in the mid 1970s. Her most successful single was 'I Love to Love' in 1976.

This is where you get a 2 for 1. Go on Amazon Prime Video and watch 'River.' Throughout many of the episodes, the song, 'I Love to Love' by Tina Charles surfaces. John River is a London detective whose partner is killed, but he still sees her and has conversations with her (in public) all the time. Other characters also manifest themselves to River, such as the 19th Century mass murderer Thomas Cream. All these characters offer him advice on how to solve his partner's murder. Eventually, he does, and the final scene in the final episode is of River dancing in the street where his partner was shot, singing 'I Love to Love.' Like all classics of that era, it's less than three minutes in length and lifts the spirits ... a good one for a car ride or karaoke night.